Chris Images
The Lewes Floods of October 2000, when around 150 mm of rain fell in 48 hours and the River Ouse burst its banks. That autumn was the wettest in England and Wales since records began 250 years earlier. The town started to flood in the afternoon of Thursday 12th October. I was unable to get to work in Lewes that day because of flooding elsewhere in the county. As I recall I was turned back by the police somewhere near Blackboys. By that time the A265 at Etchingham was flooded so I couldn't get home either. I had to abandon the car in the village and get a lift across the flood plain in an HGV. The photos were taken the following day when the levels had subsided slightly and I drove down to Lewes to see what all the fuss was about. We weren't able to return to our offices in the town for 18 months.
These older images have been chosen for their news or historical interest rather than the quality of the photography and they were all scanned from slides or film negatives. 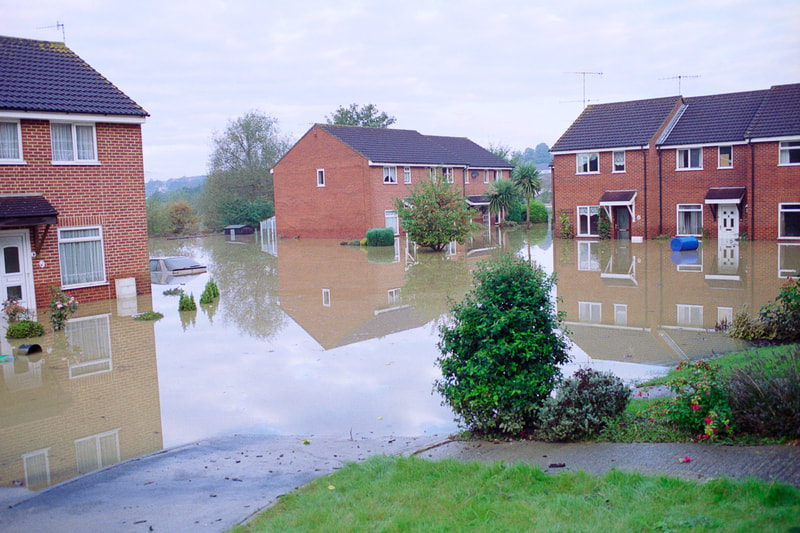 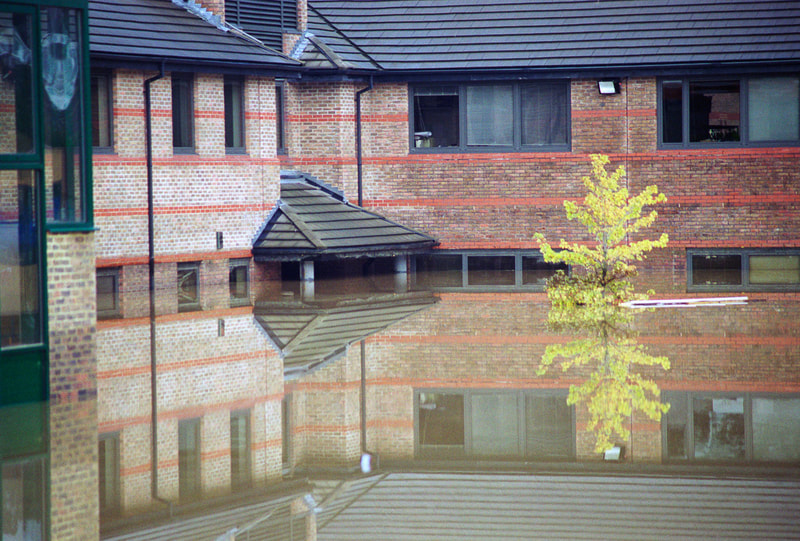 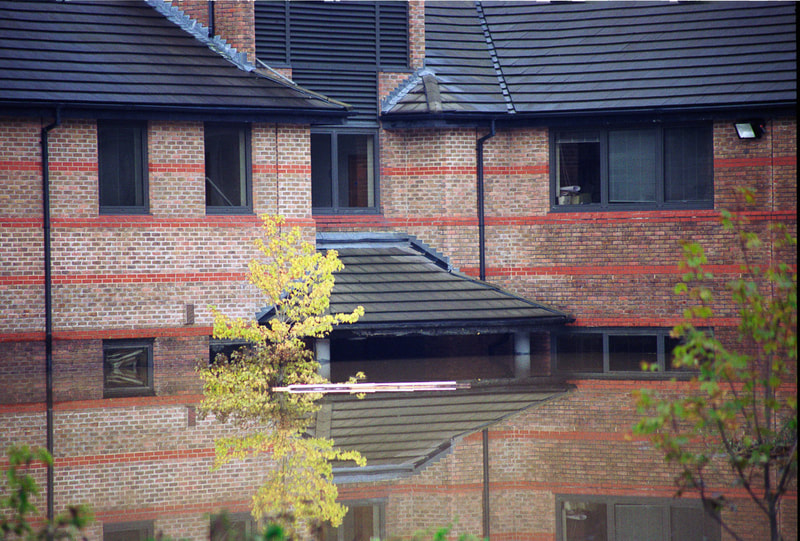 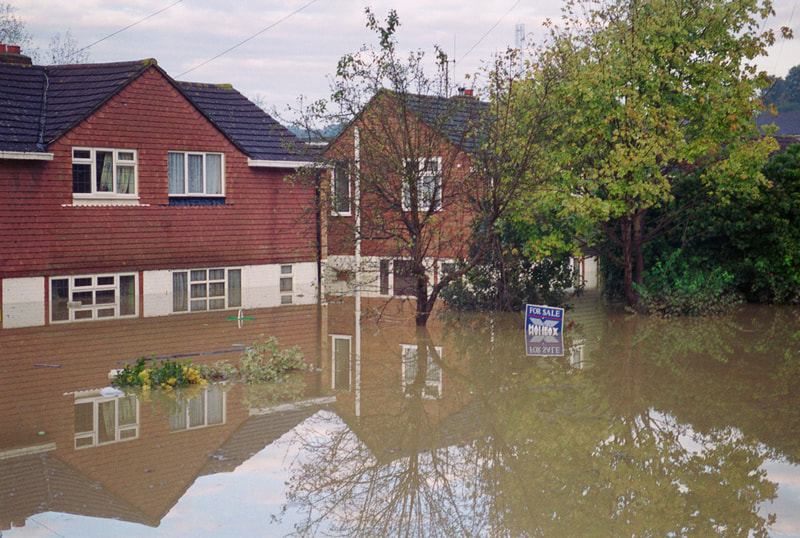 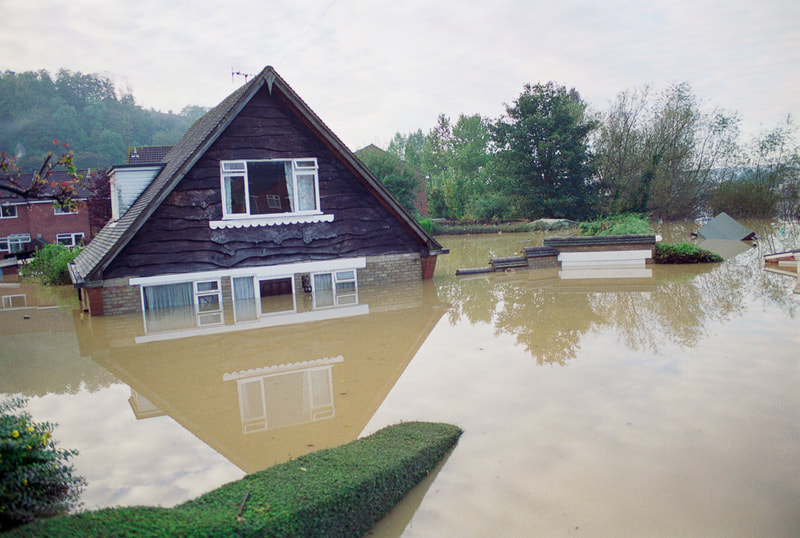 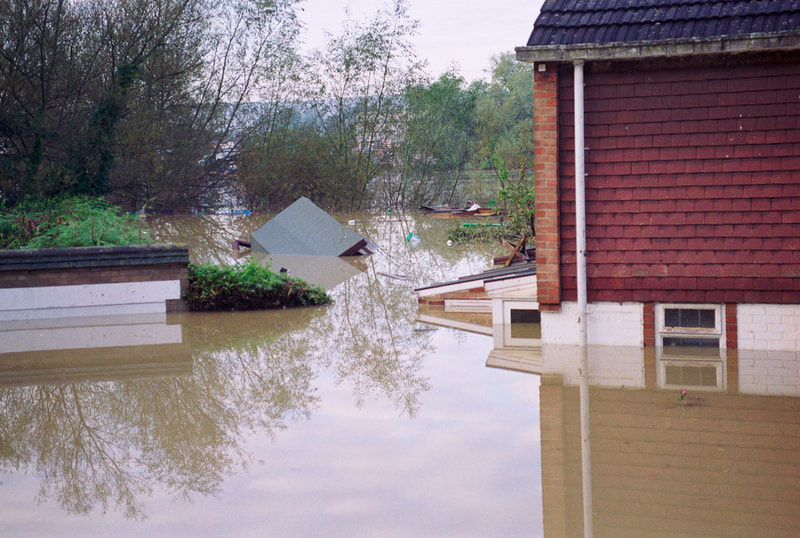 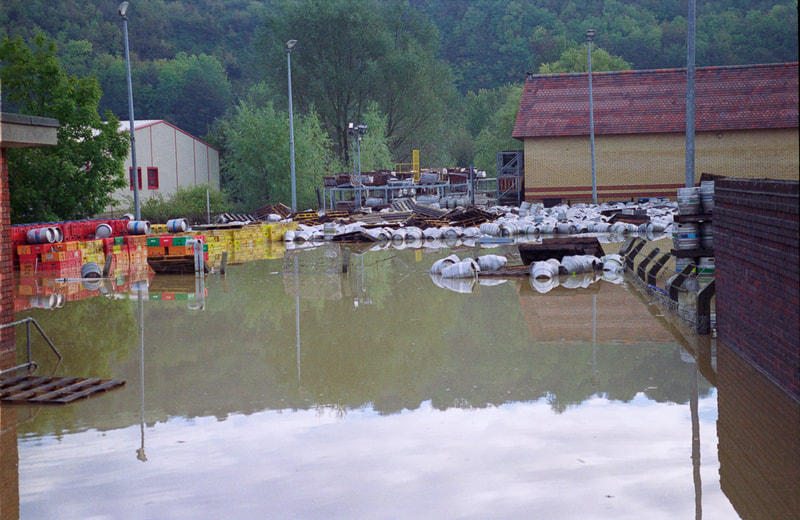 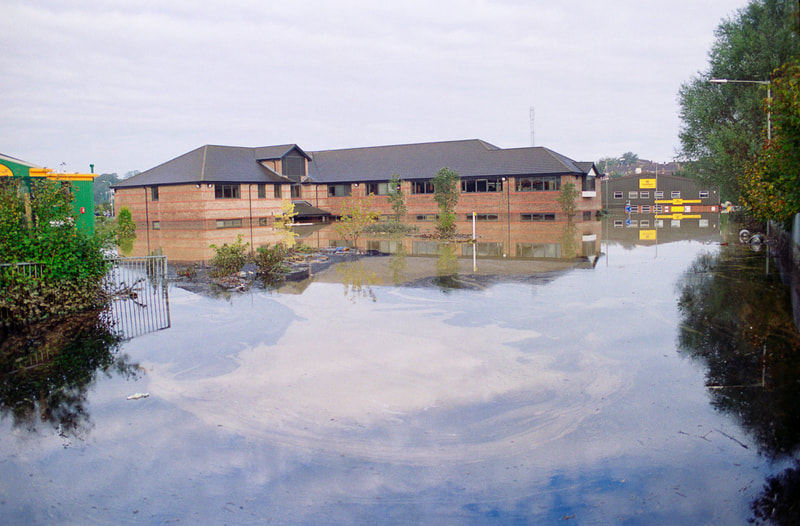 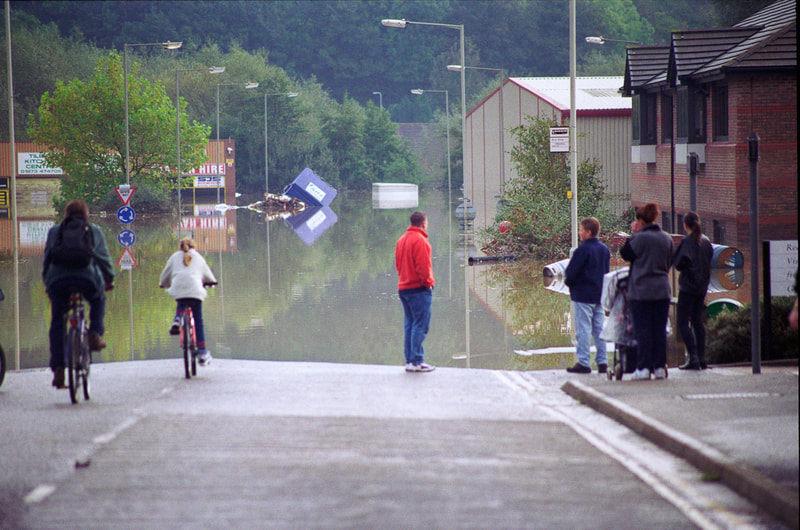 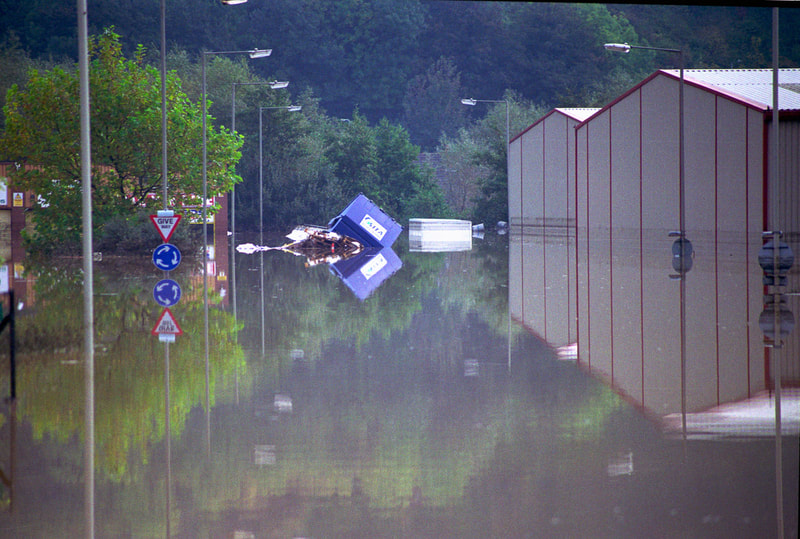 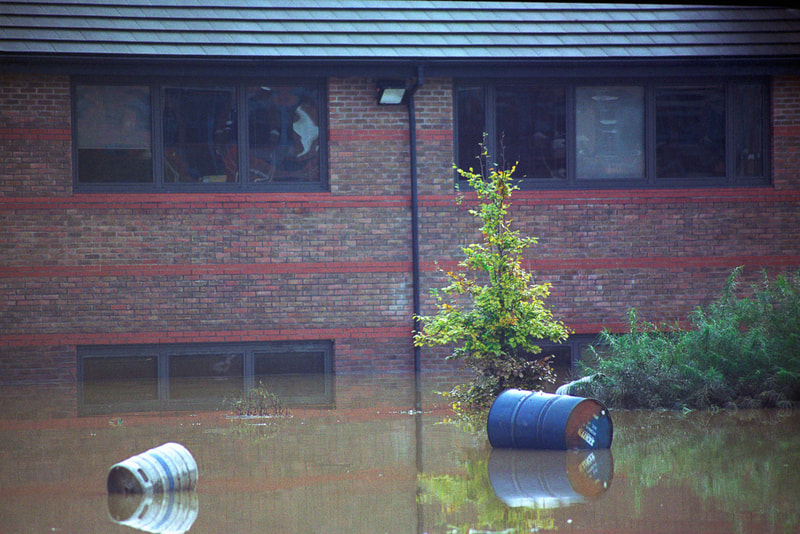 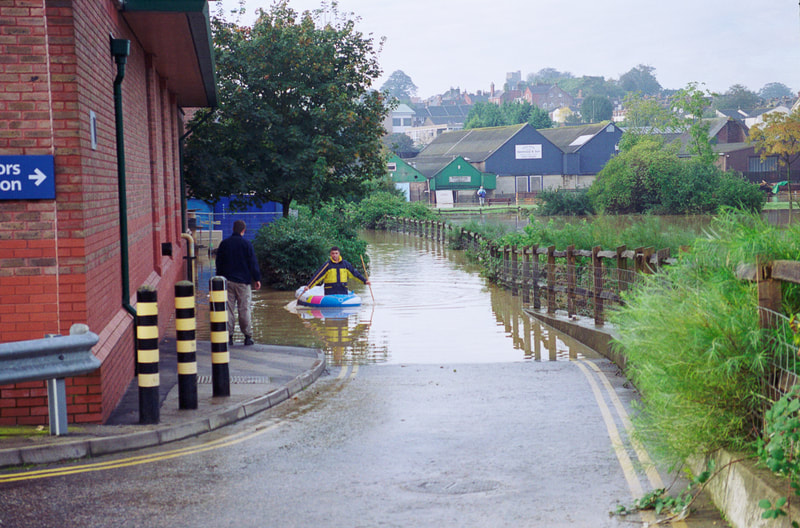 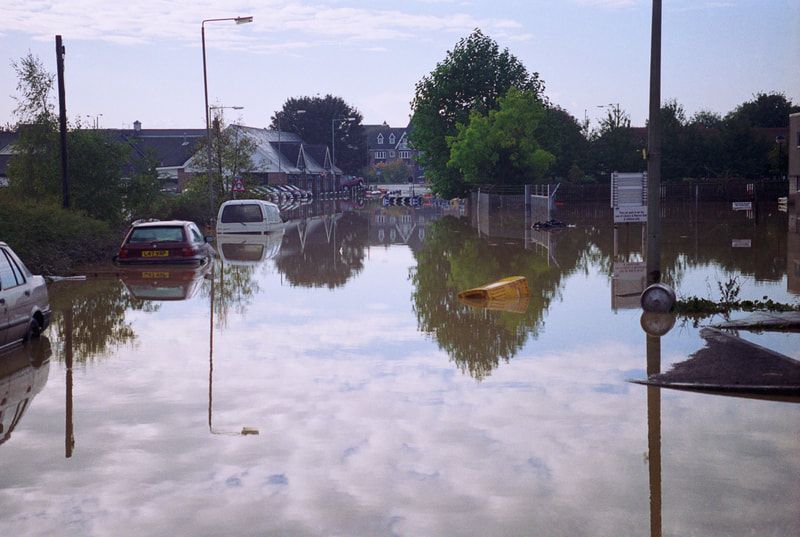 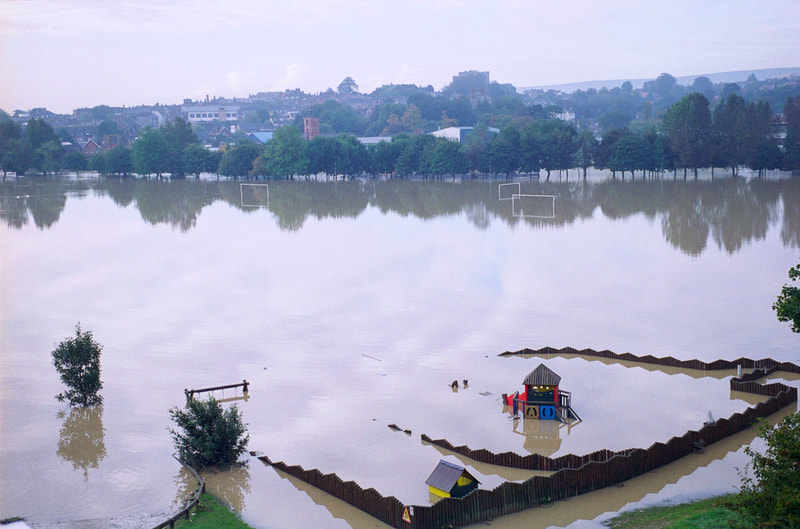 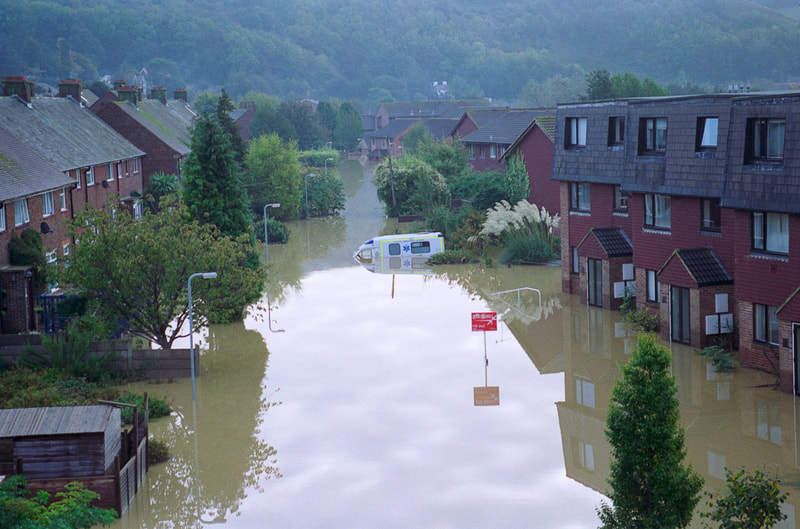 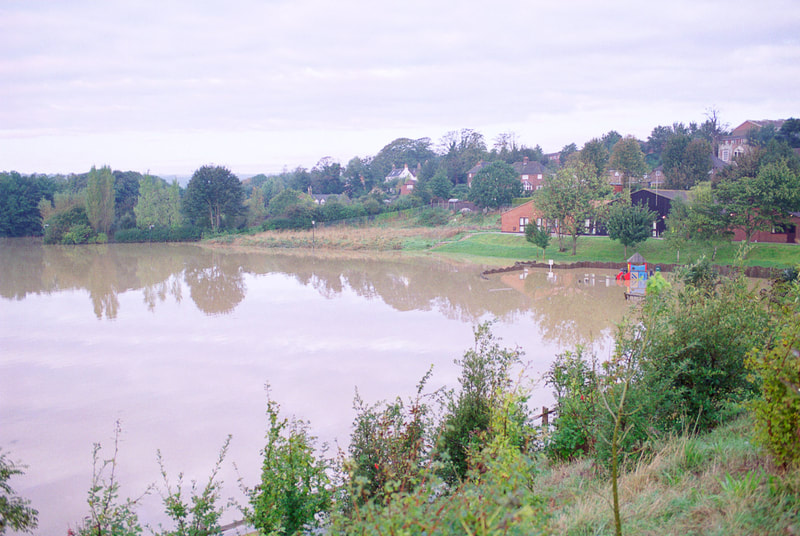 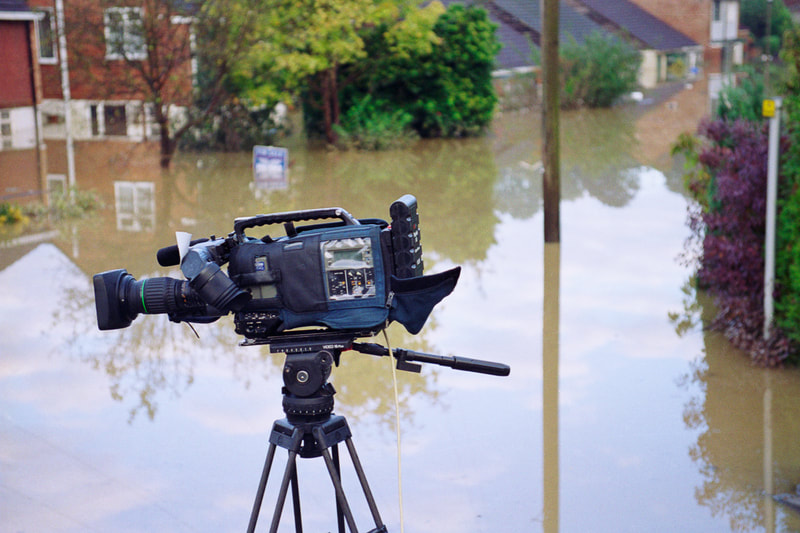 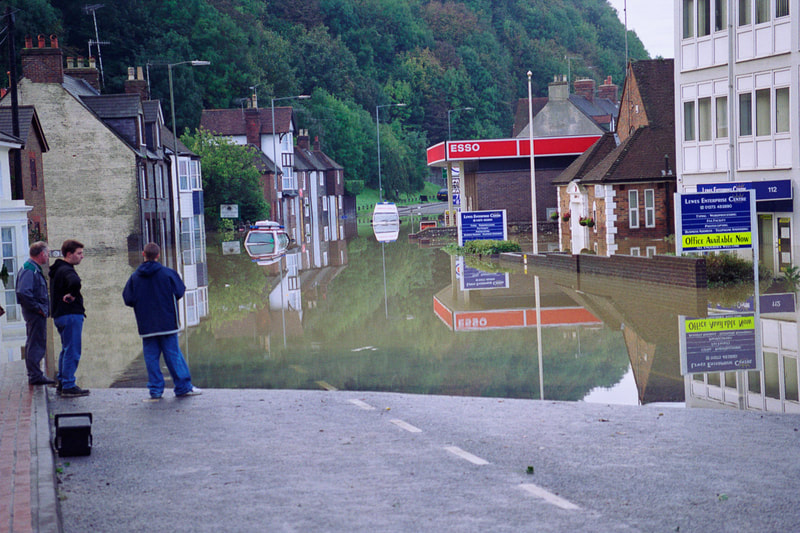 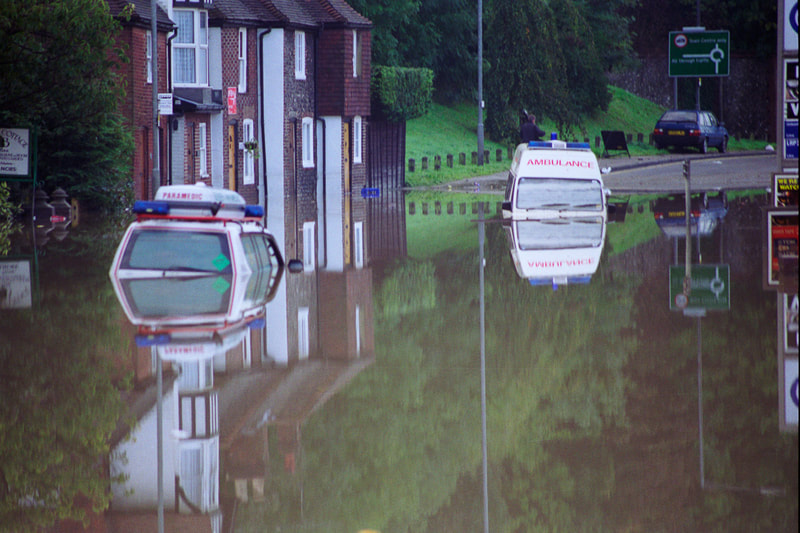